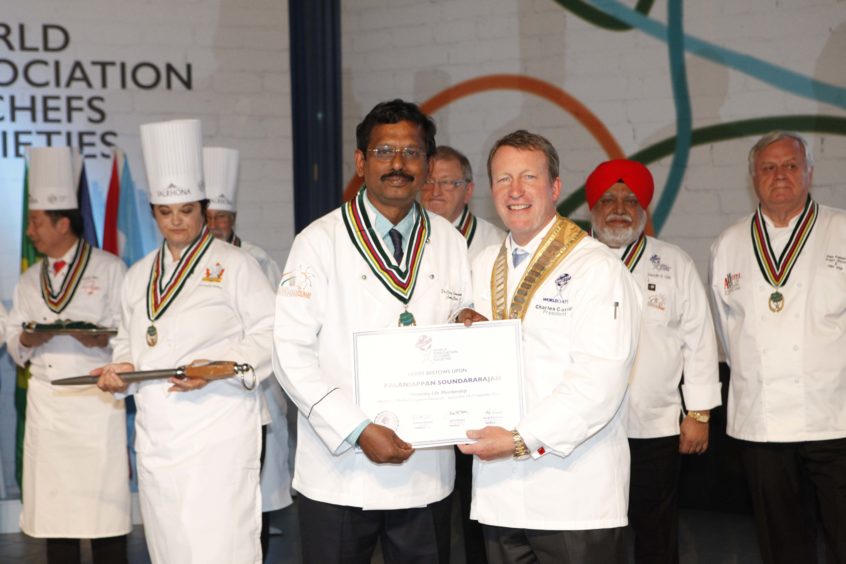 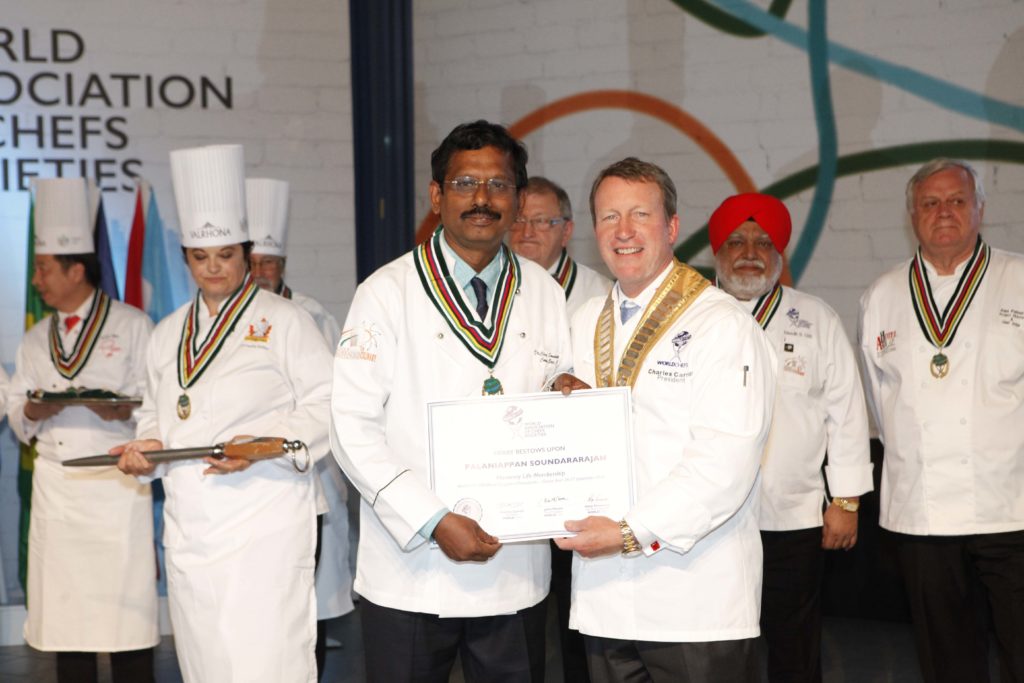 The World Association of Chefs’ Societies, or WORLDCHEFS in short, is a global network of chefs associations first founded in October 1928 at the Sorbonne in Paris.

The World Association of Chefs Societies is a UN of Chefs and is a recognized organization with 10 million chefs from 99 National Member countries and it is an 88 years old organization first formed in France.

What WACS says about Dr.Chef Soundar?

Why This Award is Significant?

This makes the award an even greater honor to receive when you consider that by June 2016 only 99 persons in the world out of a total membership of 10 million chefs, cooks, and pastry chefs members will have the honor and right to be called an Honorary Life Member of WORLDCHEFS s.” WORLDCHEFS, the global authority on food”. To hold this honor is to be labeled as a “WORLDCHEFS Champion” by your peers.

It is an award bestowed upon those that show great dedication and leadership to WORLDCHEFS and the culinary craft, contributing to its expansion and recognition

The award is presented to those who have shown commitment and have undertaken work in the present organization, development of culinary education in their country of origin and also globally continuously over a period of time at least not less than 30 years.

The selection is done based on the Recommendation from the National Organization, and the Asian continent Chefs Panel, Award Committee, The final WACS board consisting of 13 member panel

Clicks from the Ceremony