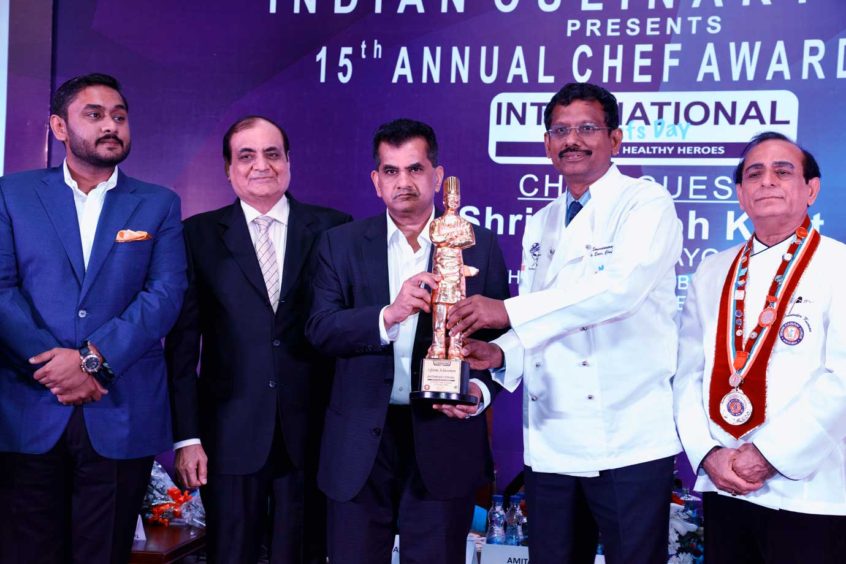 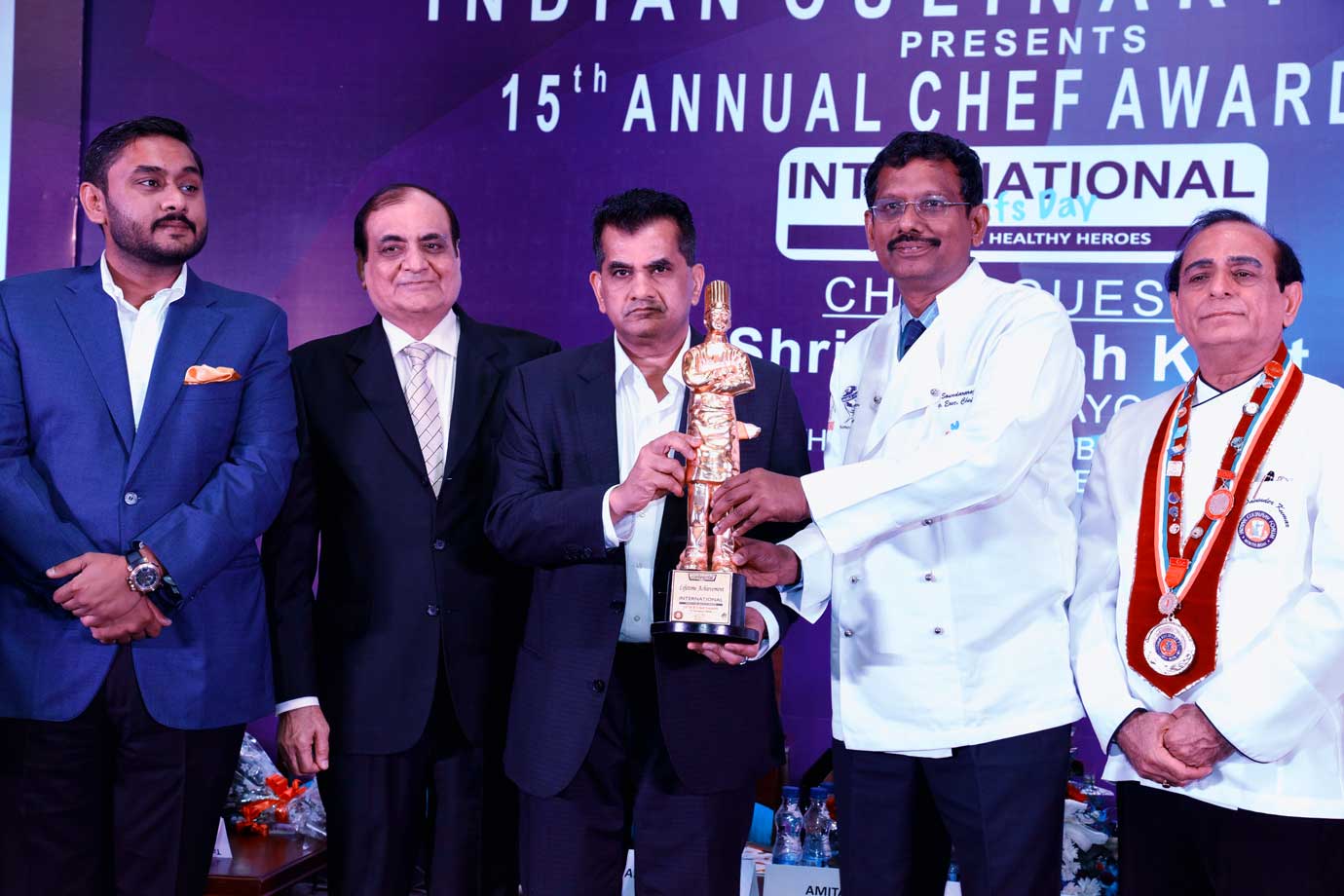 Chef Soundararajan is not a newcomer to the Food and Beverage industry. For more than 40 years, Chef Soundararajan has been honing his culinary skills through continuous development in the culinary field and today he stands amongst the world’s best chefs.

As the Corporate Executive Chef of Mahindra Holidays and Resorts India Ltd, he has put in forty years of service, right from the company’s inception, and has been instrumental in shaping the organisations culinary model to grow steadily year after year. He is also the Dean and Director of Chef Soundar’s Culinary Academy and Program Head & Culinary Mentor for the Department of Advanced Culinary Arts at Dr. MGR Educational & Research Institute

Recipient of the National Award as the Best Chef of India from the Ministry of Tourism, he is the Founder General Secretary of the Indian Federation of Culinary Associations and the Chairman of the Marketing Committee of WorldChefs.

These Awards, currently in its 15th year, are an attempt to showcase Indian Cuisine on the International Culinary Map and bring to fore the people who have been working relentlessly behind the scenes and showcasing the variety and power of Indian culinary. Sh. Amitabh Kant, CEO, Niti Aayog, as the chief guest at the award ceremony, while congratulating the award winners, encouraged the fraternity to explore more and take the hidden gems of Indian cuisine to international level.