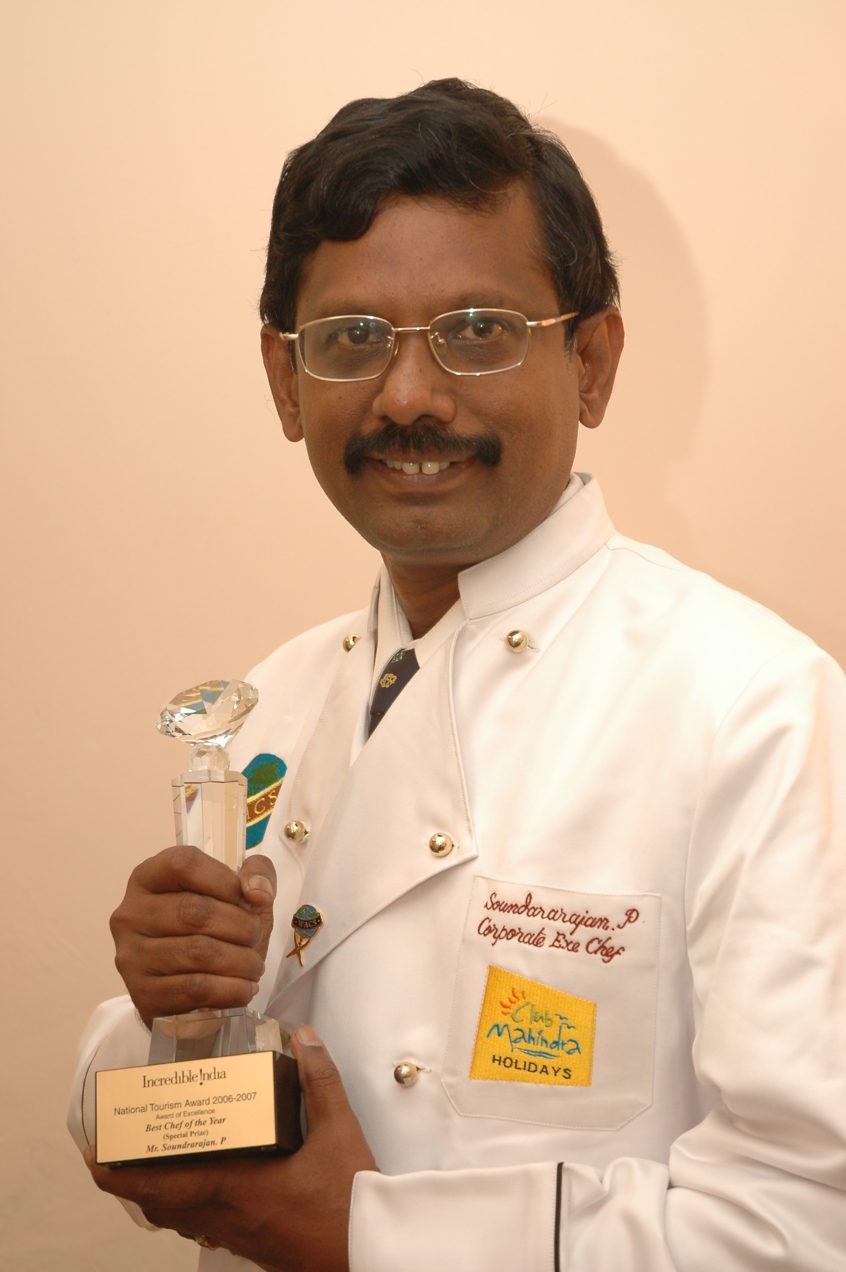 Dr. Chef Soundararajan was awarded the ‘Best Chef of the Year‘ Special Award for the year 2006-2007, by the Ministry of Tourism, Government of India. 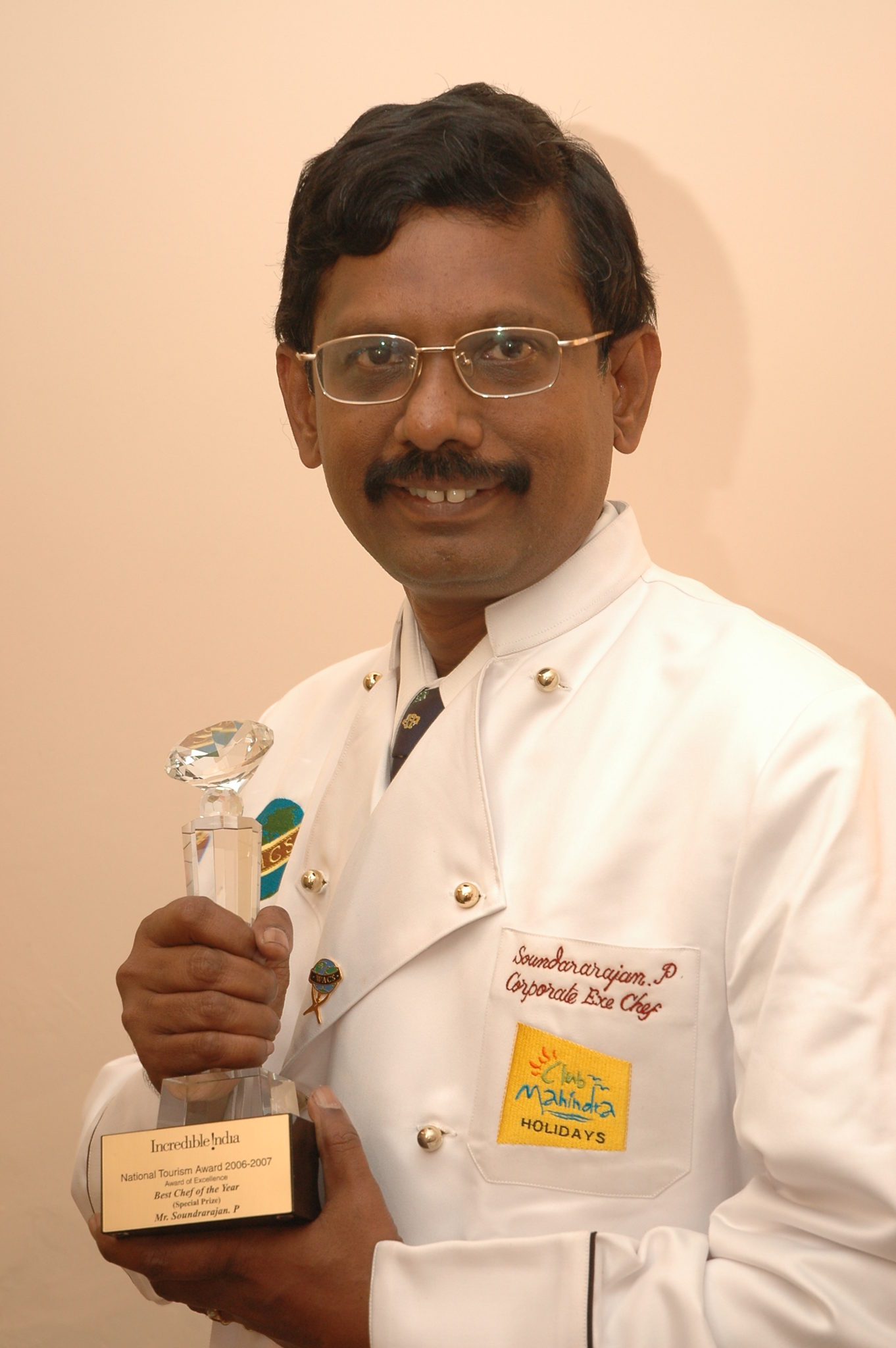 Chef Soundararajan believes in spreading happiness through food – whether its by introducing the ‘Fun Dining’ concept at Mahindra Holidays or by spearheading Chef Amudhupadai programme to feed underprivileged children. During his stint with the Indian Tourism Development Corporation (ITDC), Chef Soundararajan was appointed as the ‘The Prime Minister’s Chef!’, Chef in charge at the Hyderabad House, Official State House of the Prime Minister in New Delhi. He was assigned as the head chef of several prestigious events of the time including ‘Catering for the prestigious Asian Games for close to 6000+ athletes every day’, ‘Non Alignment Summit 1983’ and Commonwealth Heads of Government Meeting (CHOGM). 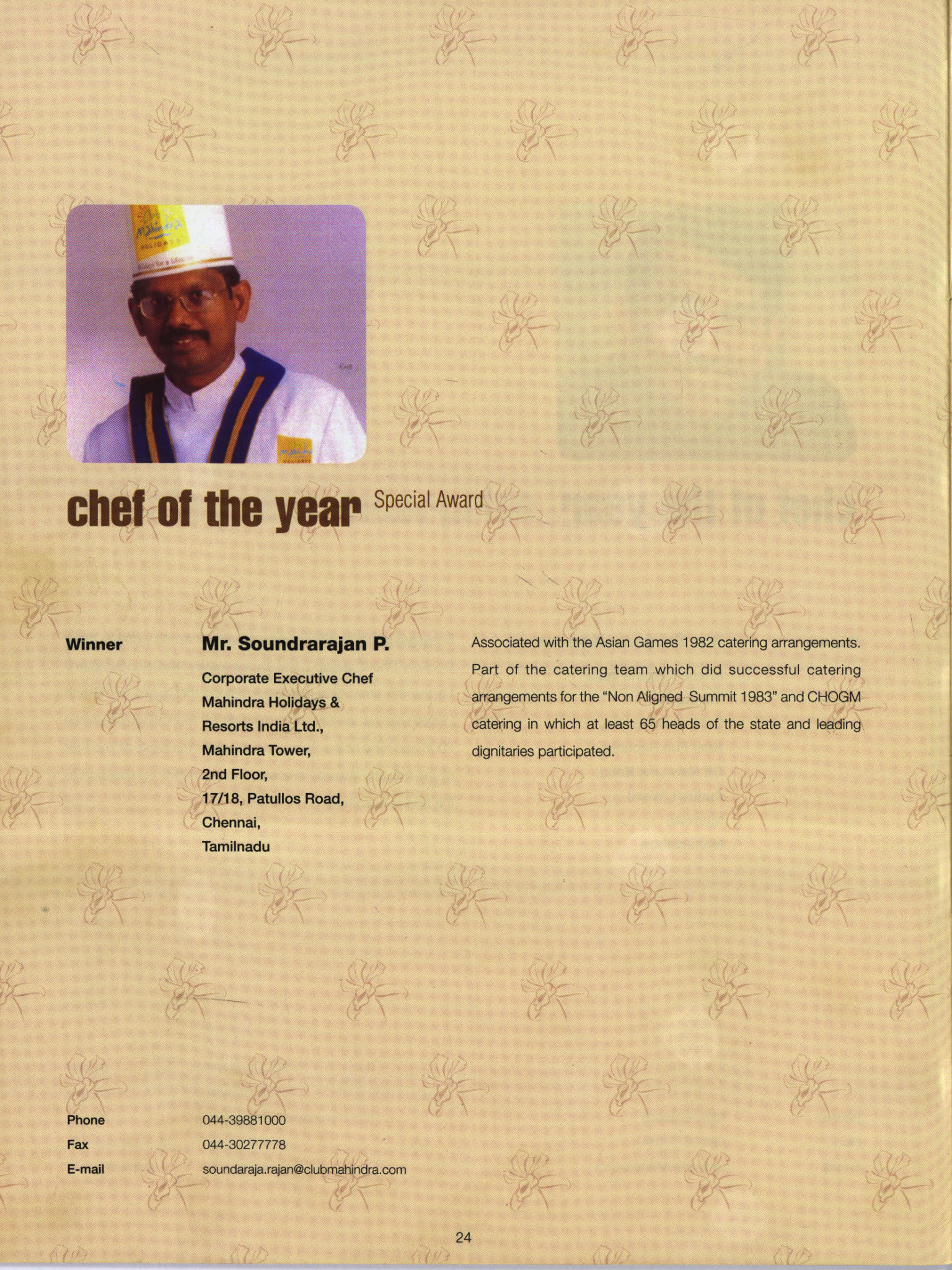