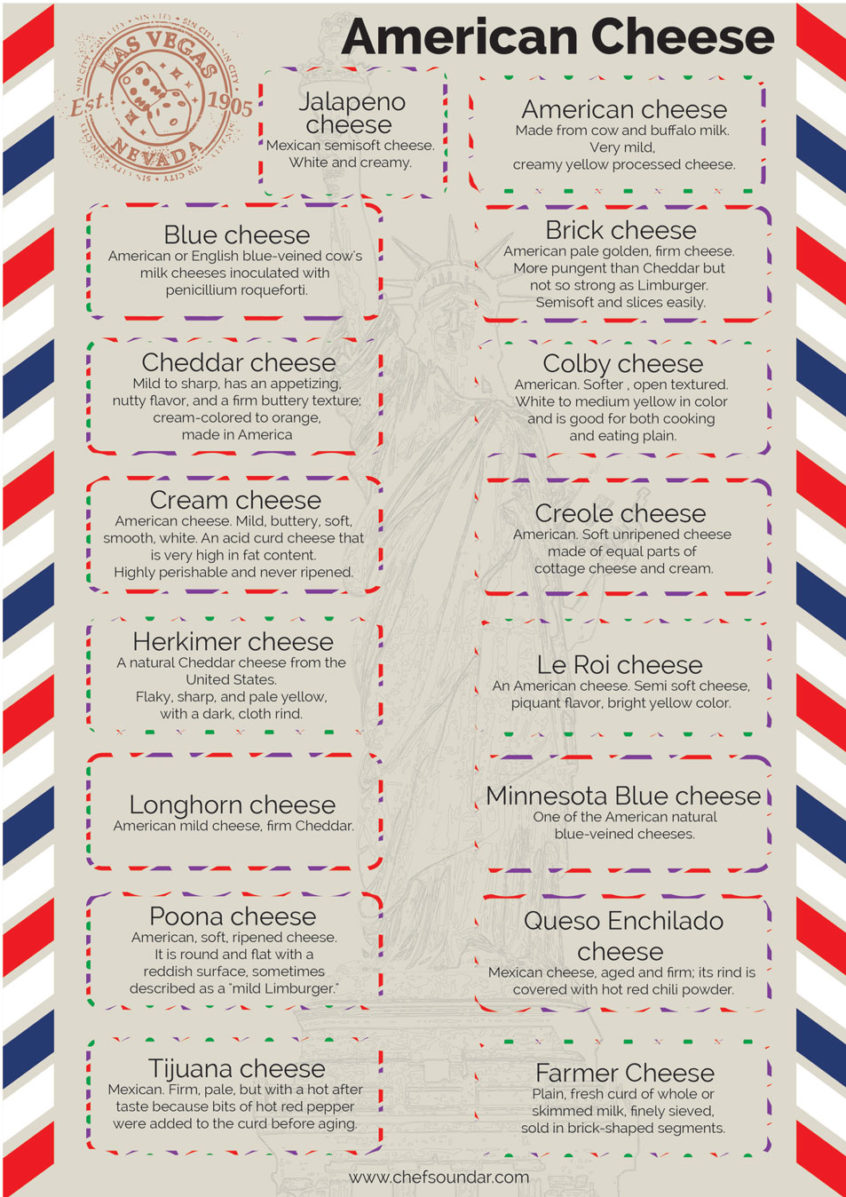 Almost half of the cheese produced in the United States comes from the states of Wisconsin and California. In this series of two blog posts about American cheeses we will describe the colour, texture, and flavour of the commonly used American cheeses. 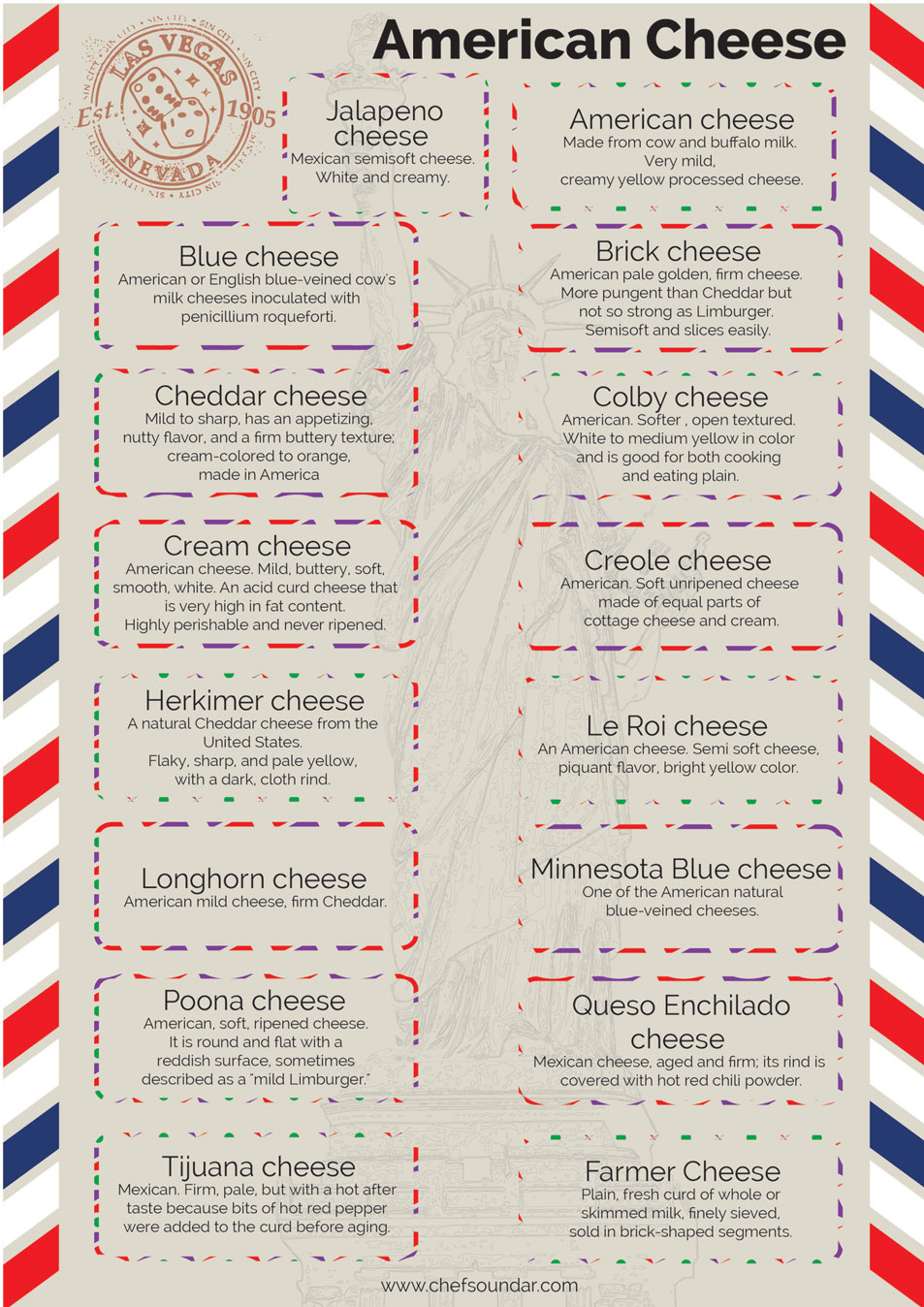