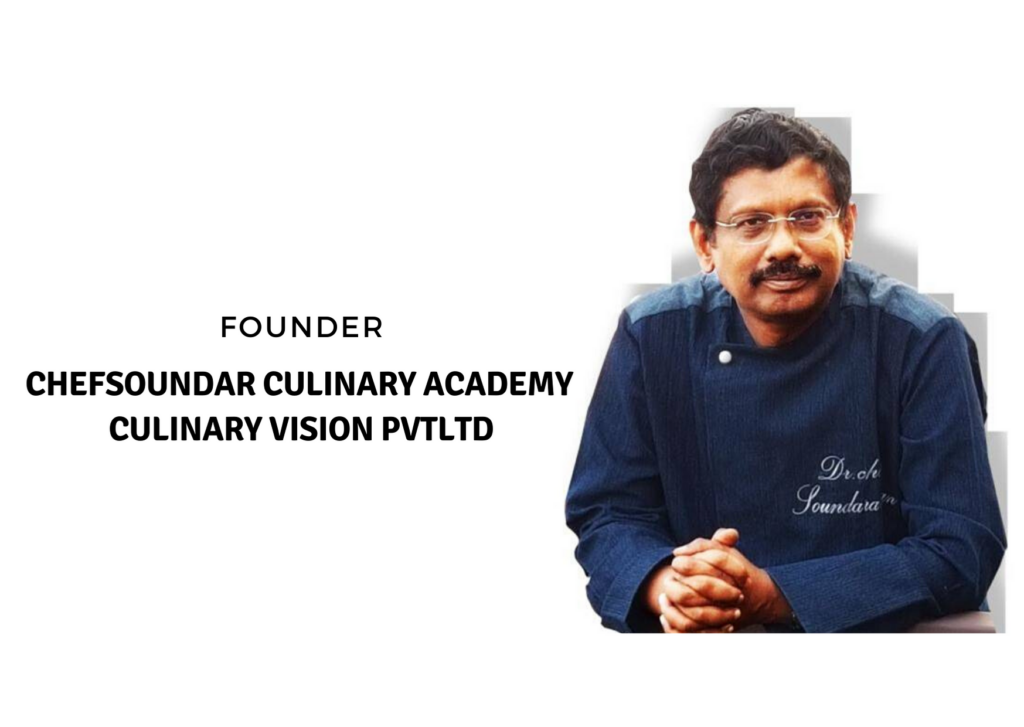 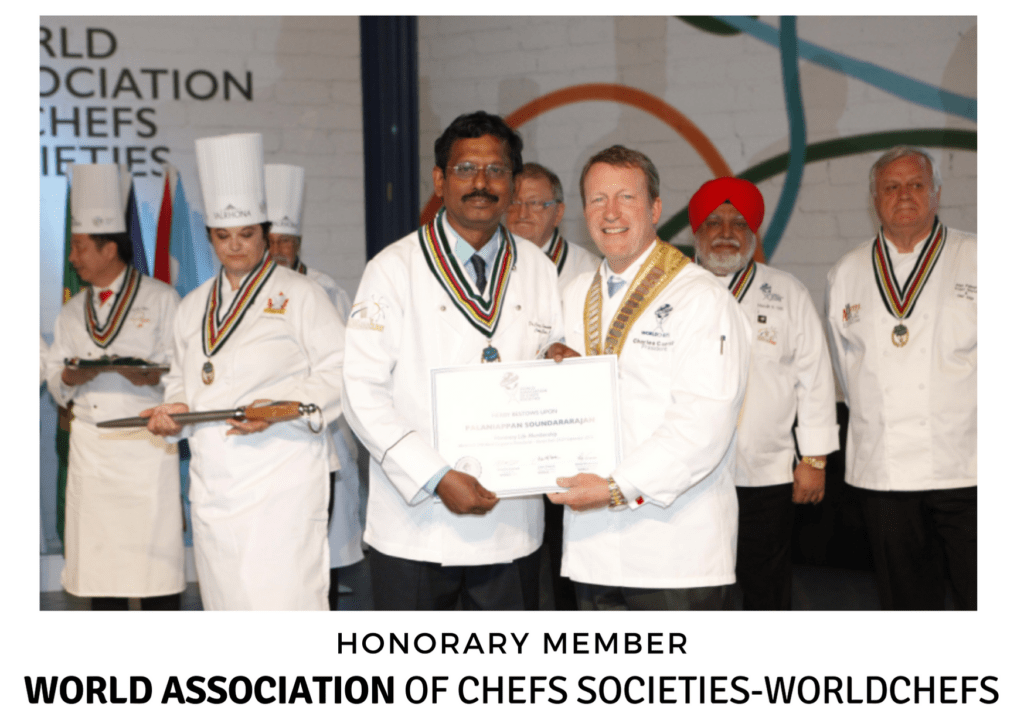 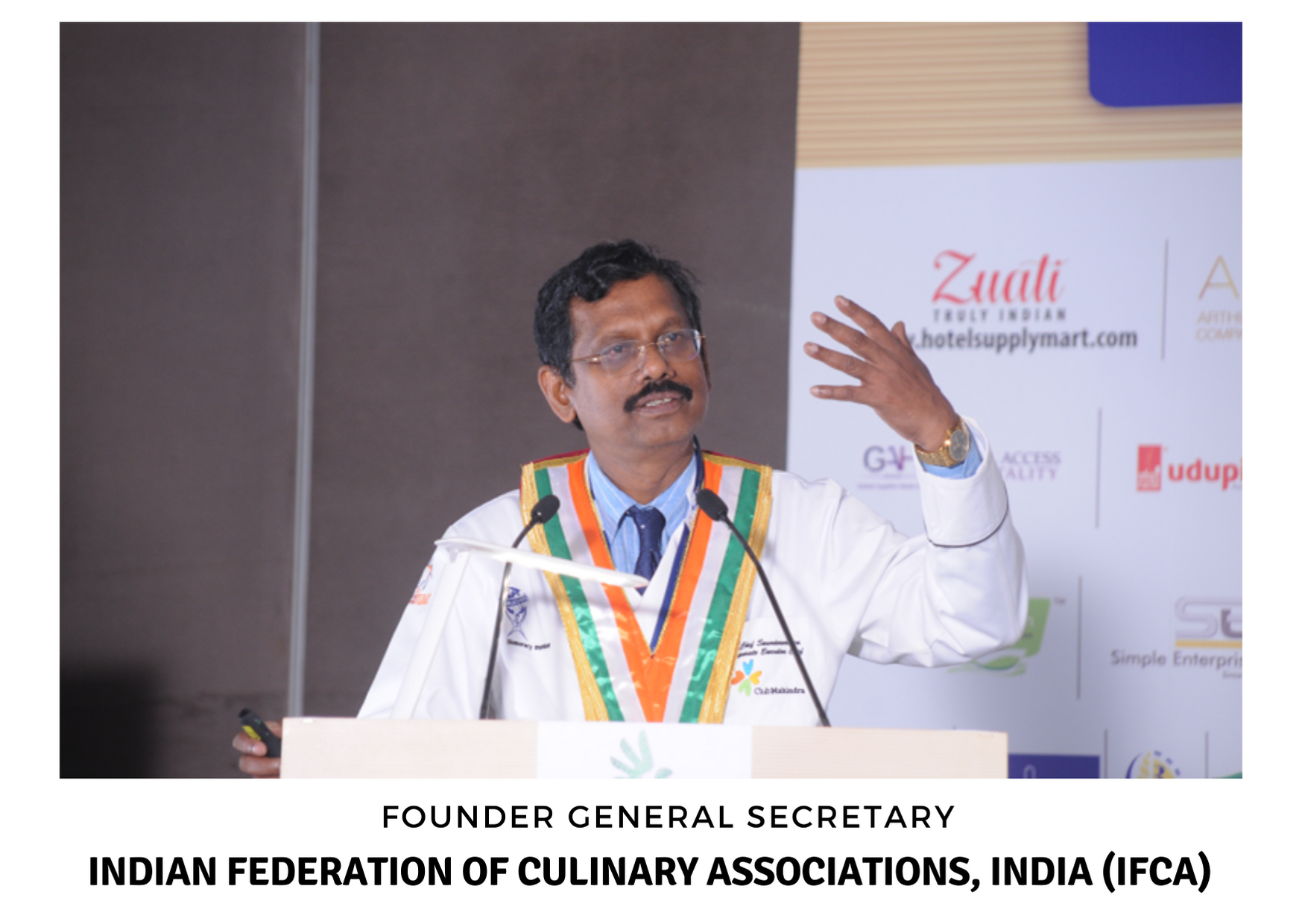 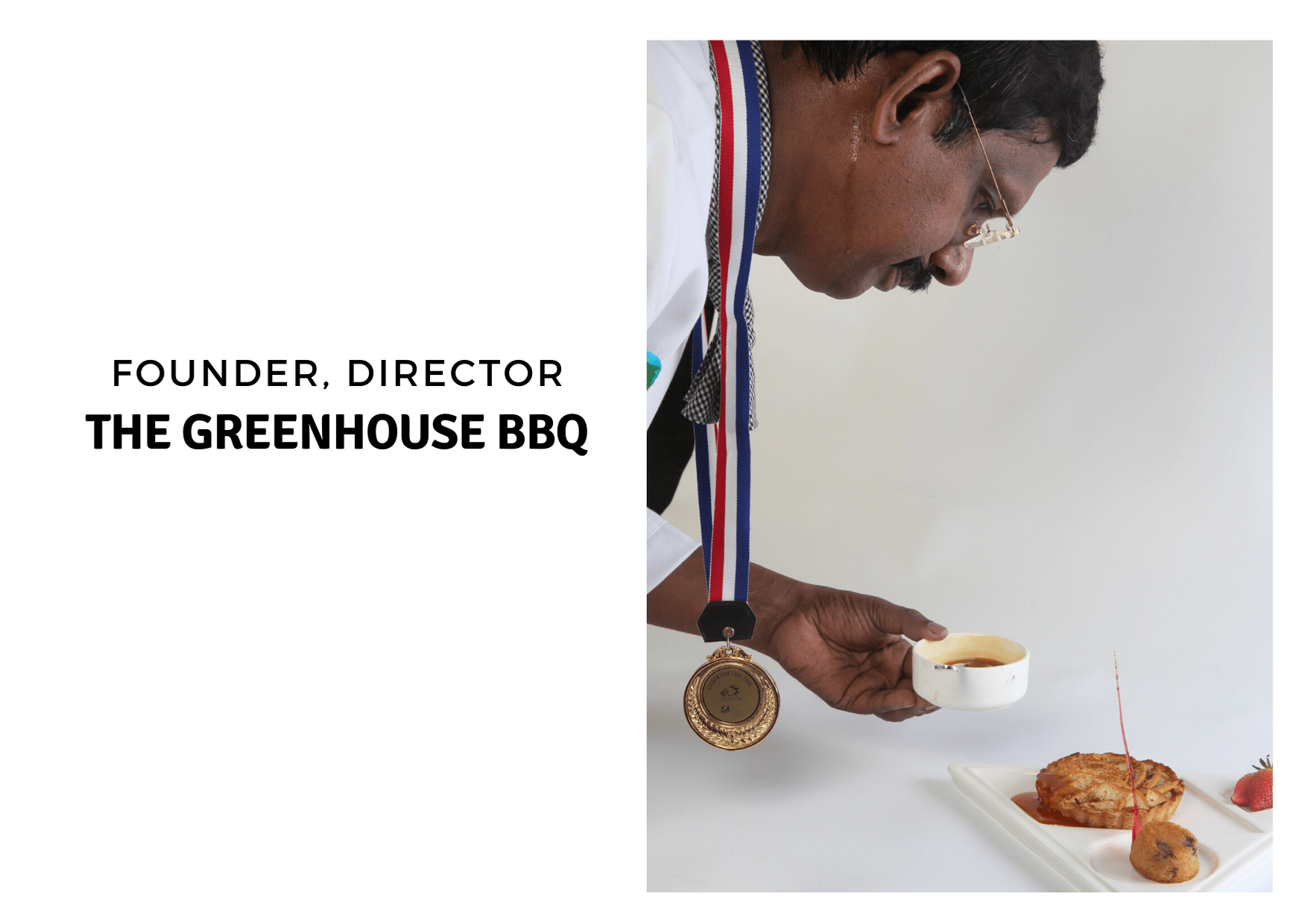 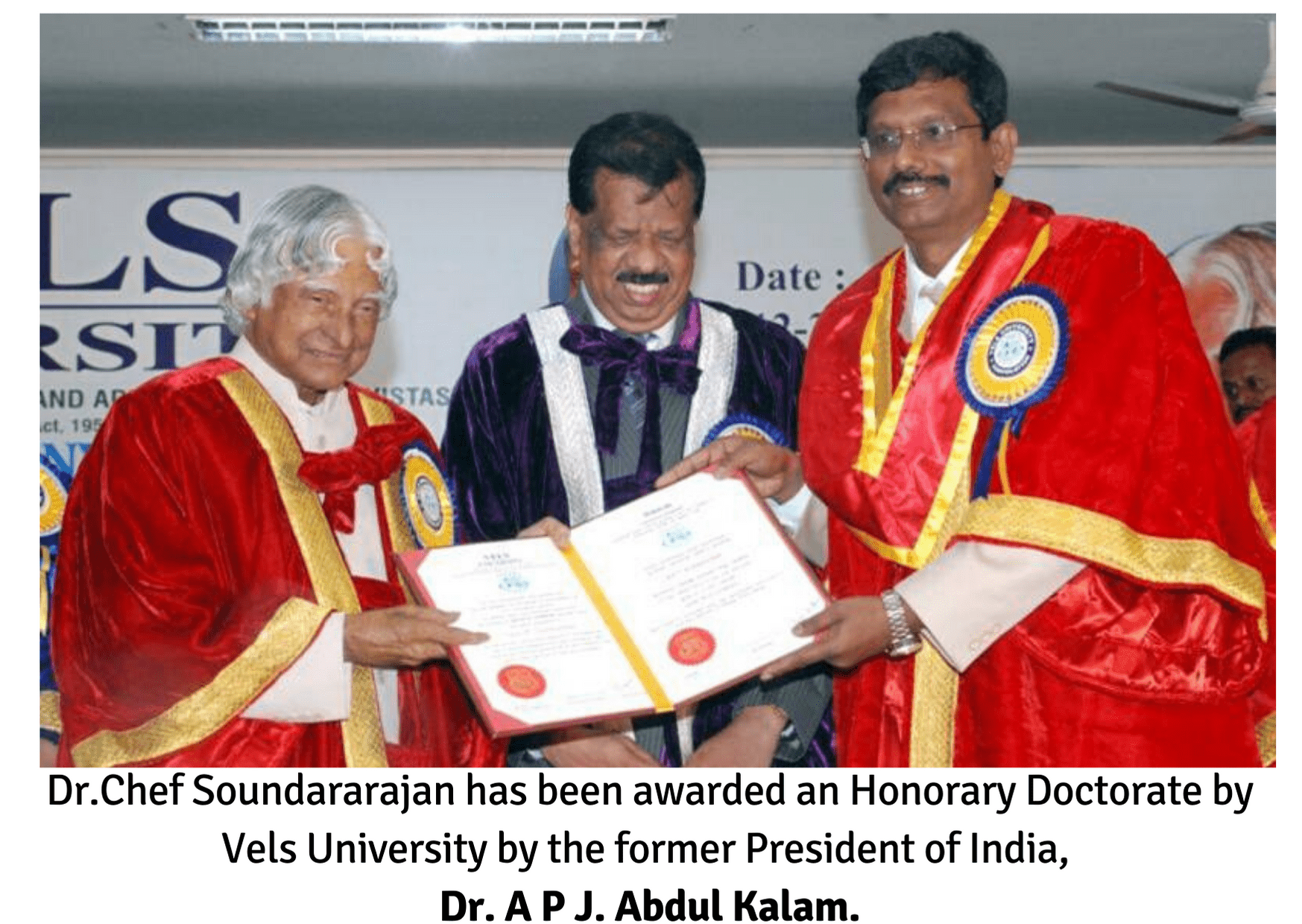 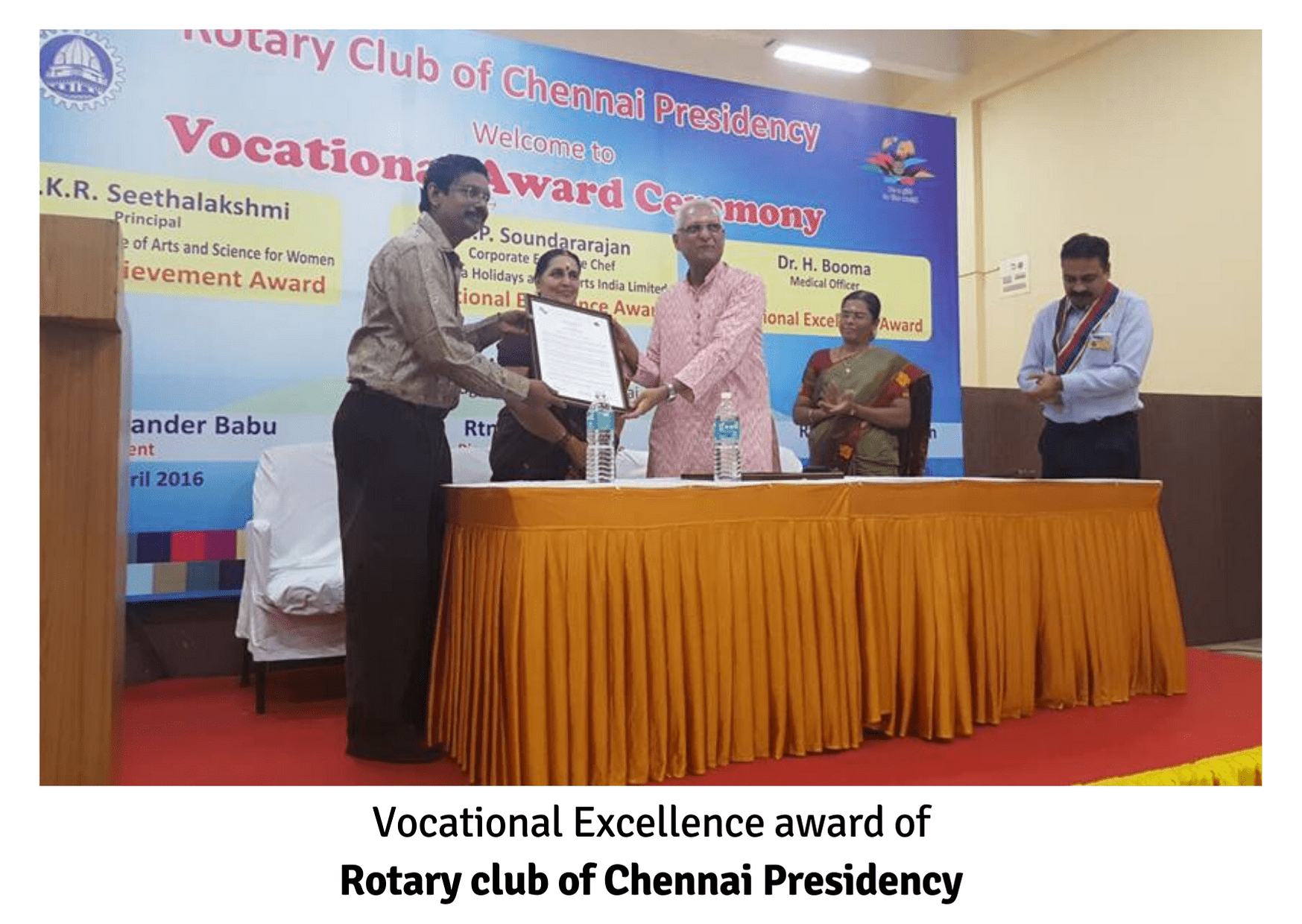 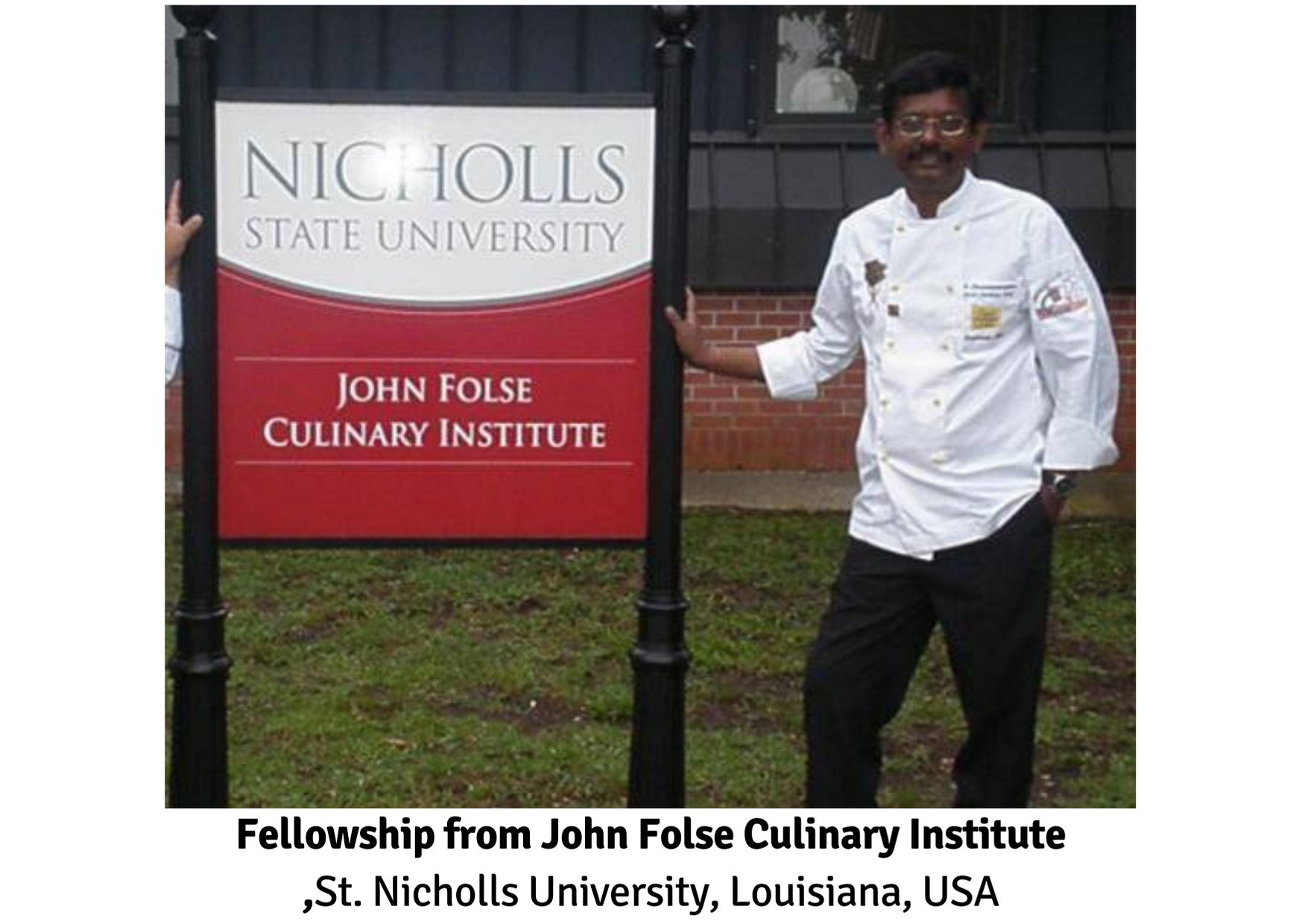 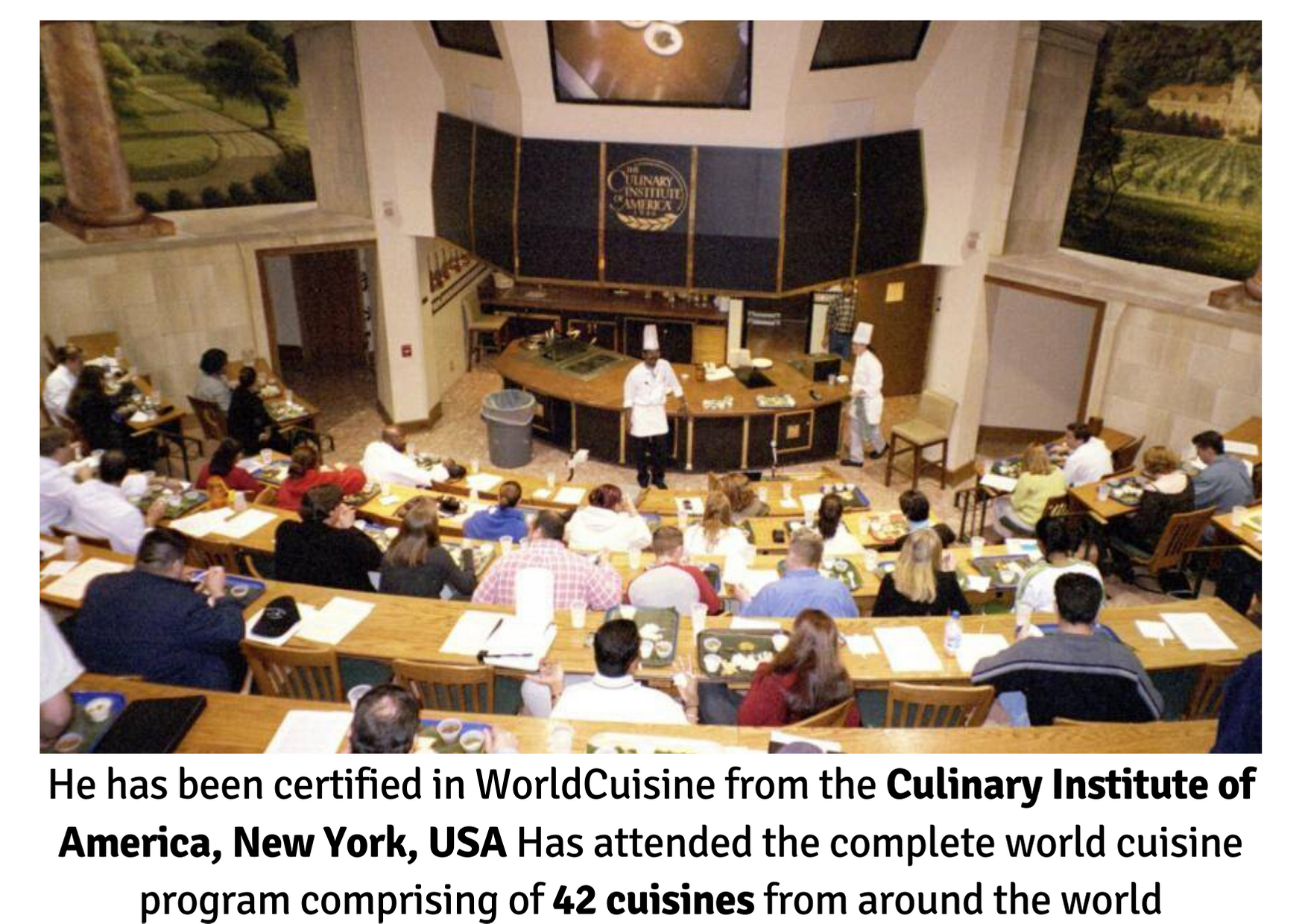 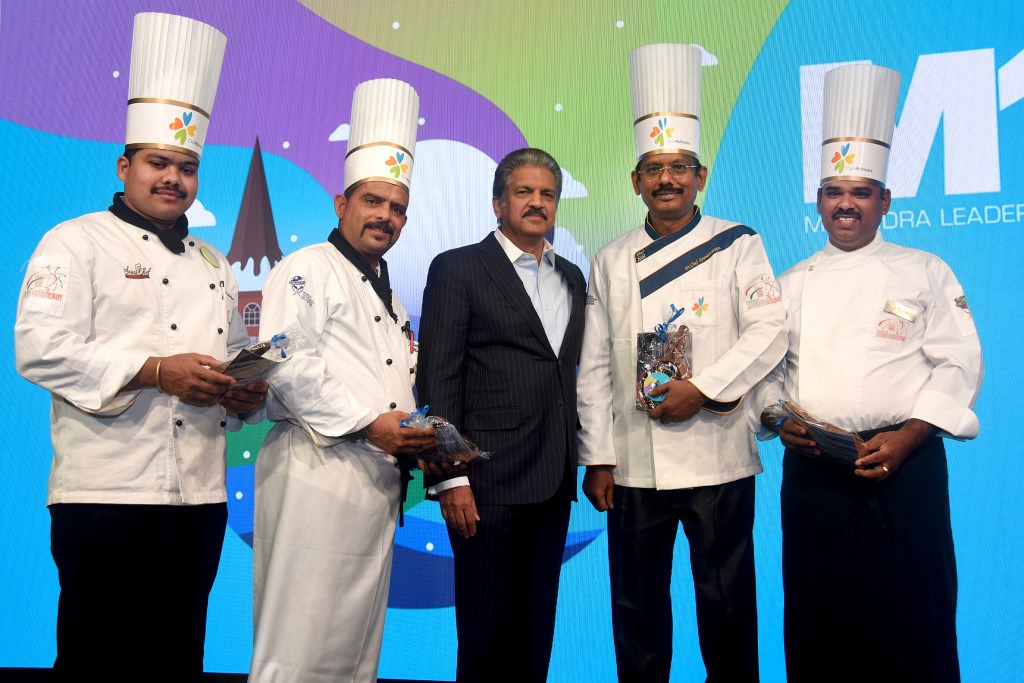 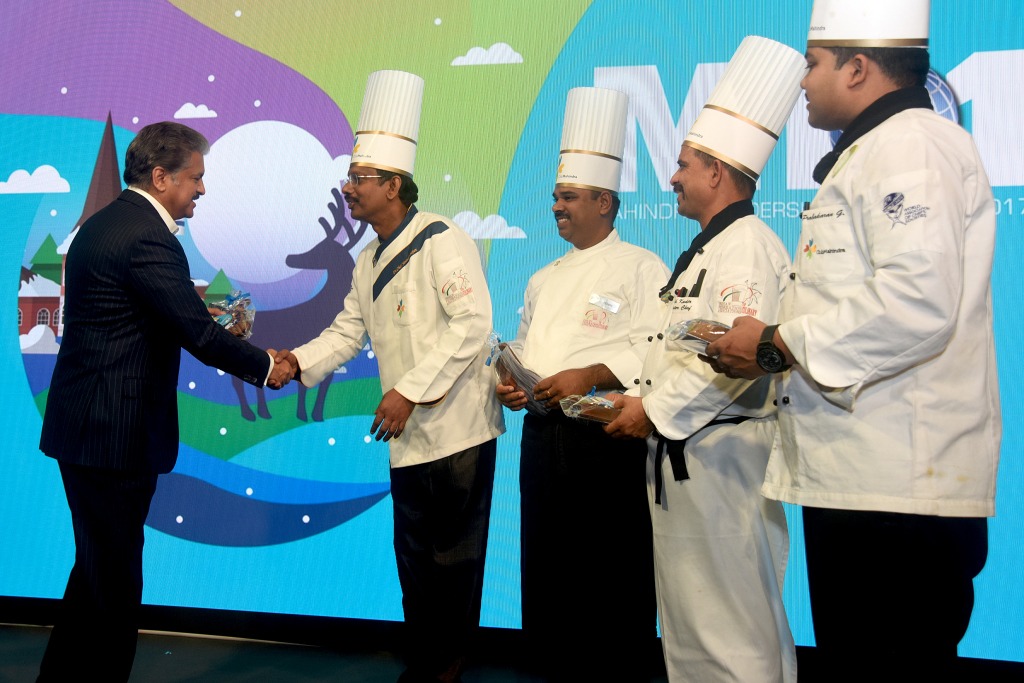 Dr. Chef P Soundararajan Formerly served as Corporate Executive Chef at Club Mahindra Holidays & Resorts, India’s leading lifetime holiday company with 50 resorts across the country. He has held this position till May 2019 since 1997.

He has been certified in World Cuisine from the Culinary Institute of America;

Completed a fellowship program at the St Nicholas University, Louisiana; certified by the World Association of Chefs (WACs);

Certified by Training House, USA as a “Catalytic Instructor”

This award also marked his service to the Food & Beverage industry for twenty-five years”‘Best Chef of India’ Award in 2008″ He was Awarded the ‘Best Chef of India’ in 2008, by the Ministry of Tourism, Govt. of India for his contribution to the culinary fraternity in his career which spanned three decades.

39 years of professional experience as a chef.

Dr. Chef P Soundararajan Formerly served as Corporate Executive Chef at Club Mahindra Holidays & Resorts, India’s leading lifetime holiday company with 50 resorts across the country. He has held this position till May 2019 since 1997.

Commencing his career with The Ashok, a part of the Taj Group of Hotels, he trained under the renowned French Chef Roger Moncourt and was assigned to Catering for the prestigious Asian Games for close to six thousand athletes every day.

He formed part of the team that offered hospitality to the first meeting of the Non – Aligned Summit 1983 and CHOGM.

His skills were appreciated by more than 40 heads of State, including Nelson Mandela, K P. Bhattarai, and Maumoon Gayoom, winning him several accolades.

Read More
Seeing the opportunity to expand his culinary skills, Soundararajan joined the Ashok Kovalam Hotel at Thiruvananthapuram and trained in royal cuisine from some of the best Masterchefs of the Travancore Kingdom.

His stint there saw many a delightful beach food carnivals. In 1984, he worked as a chef at Kanishka Hotel and gained tremendous knowledge and experience working with Chef J M. Chaudhuri.

He received an invitation to work on board the world’s No.1 Luxury Liner Queen Elizabeth II.

Apart from planning, preparing and serving more than forty Indian menus, Soundararajan had the opportunity to train International chefs in Indian cuisine and to learn various aspects of European cuisine from them.